Romanucci & Blandin, LLC is proud to be recognized in the 2017 annual list of “Top 100” verdicts, released by VerdictSearch and ALM. The firm’s record breaking $44.7 million jury verdict in LaPorta v. City of Chicago is ranked as #42 on this year’s list of highest verdicts throughout the nation.

LaPorta was awarded $44.7 million in damages, which is the largest verdict ever returned in a police misconduct lawsuit involving the city of Chicago and in the state of Illinois. 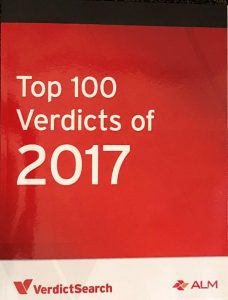