CHICAGO, IL –  Romanucci & Blandin, LLC and Illinois State Representative LaShawn Ford (D- Chicago, 8th District) together announce that The Anthony Gay Isolated Confinement Restriction Act, Illinois House Bill 3564 (formerly HB 182 in 2020) was approved by the House of Representatives the evening of April 22. It is now headed to the Illinois Senate for a vote.

The bill is named for former inmate Anthony Gay who was held in solitary confinement for two decades, including 15 years of a prolonged sentence as a punishment for behavior resulting from his isolation.  During his extreme isolation, he was denied appropriate and necessary mental health treatment which made it impossible for Gay to comport with prison rules and regulations, leading him to brutally mutilate himself countless times and endure years of mental and physical torture. The bill was introduced last session but did not make it out of committee before the session concluded. The bill is intended to reform solitary confinement practices in the Illinois Department of Corrections and create greater transparency.

“The Illinois House of Representatives has taken a major step to fix an inhumane system of solitary confinement in our state prison system. Illinois Acting Director of Corrections Rob Jeffreys is a strong partner to create a more humane correctional system in Illinois. This measure will bring greater transparency to the Illinois Department of Corrections and a greater level of humanity to the system,” said Rep. LaShawn Ford.

“The passing of this bill in the House is one more step to the justice I have dedicated my life to, because we need basic civil rights in solitary confinement. However, I am devastated this week to learn of the passing of Brian Nelson. Brian spent twelve straight years of his life in solitary confinement in the Illinois Department of Corrections and was a champion in using his voice to make the horrors of life inside solitary known to the outside world once released. Most recently, Brian and I testified together in favor of HB 3564, which I’m honored has been named the Anthony Gay Isolated Confinement Bill. We were extremely proud when the bill cleared the House Judiciary – Criminal Committee last month and looked forward to seeing it pass through the Illinois House of Representatives Rules Committee one day in the near future. I will keep up my fight for change in Brian’s name,” said Anthony Gay, former solitary confinement inmate.

“The Anthony Gay Act is designed to protect at a legislative level the constitutional rights of some of the most vulnerable members of our population.  It will provide much needed transparency and accountability in the ways in which Illinois uses solitary confinement, protect the severely mentally ill inmate population from needless suffering and acknowledges the humanity of incarcerated people,” said Attorney Nicolette Ward, Romanucci & Blandin, LLC.

-Limit a committed person to no more than 10 consecutive days in isolated confinement in a 180-day period.

-Provide that when out of cell, committed persons have access to activities such as group therapy, medical appointments, meals, educational classes, job assignments, visits and exercise, gymnasium or yard time.

-Ensure transparency with quarterly reports by the Illinois Department of Corrections on the use of isolated confinement.

Anthony Gay was released from prison in August of 2018 and has filed a federal lawsuit against former Illinois Department of Corrections (IDOC) director John Baldwin, current IDOC director Rob Jeffreys, Wexford Health Sources, a private company that provides medical and mental health care to IDOC inmates, the wardens and assistant wardens of institutions at which Anthony Gay was imprisoned, and several employees of IDOC and Wexford.

The lawsuit, filed in the U.S. District Court for the Central District of Illinois, charges the Defendants with torture of Gay, violating the Eighth Amendment’s prohibition on cruel and unusual punishment, the Americans with Disabilities Act, and the Rehabilitation Act. It also  alleges that the Plaintiff’s Fourteenth Amendment rights were violated.

The State’s treatment of Gay increased his torture and caused him to take erratic and irrational actions, which included extensive sampling of repeated and severe self-mutilation, including cuts to the Plaintiff’s scrotum, arms, legs, and eyelids. Rather than providing the necessary and essential psychiatric care, the State pursued criminal charges against Gay, which extended his prison sentence for years and caused his mental condition to deteriorate in a blatant violation of his constitutional rights, the lawsuit states.

Anthony Gay, Rep. Ford, and Attorney Nicolette Ward recently provided comments on the need for change in solitary confinement practices in a video produced by Romanucci & Blandin. The video can be viewed here. 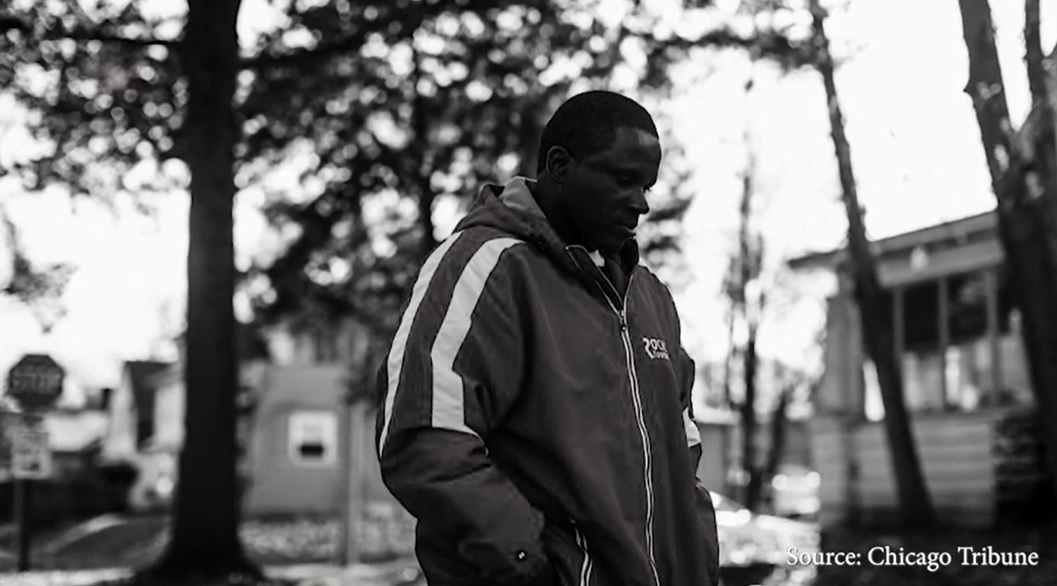