Ben Crump Law and Romanucci & Blandin, LLC have filed a civil lawsuit on behalf of their client, 20-year-old Tafara Williams, who was seriously injured in an October 20, 2020 shooting in Waukegan, Illinois. Williams’ boyfriend, 19-year-old Marcellis Stinnette, was killed in that shooting, and Williams remains hospitalized with multiple gunshot wounds. The lawsuit was filed October 28, 2020, in the United States District Court for the Northern District of Illinois, Eastern Division. In addition to Williams, her 7-month-old son with Stinnette is also named as a Plantiff. Defendants in the complaint are the City of Waukegan, and the two officers involved, Dante Salinas and James Keating.

Salinas was fired this week for his role in the incident. He has not been charged.

The incident began with a conversation with an officer when Williams and Stinnette were sitting in a parked car, and escalated to a car collision and multiple shots fired. Williams was shot at least three times and said neither she nor Stinnette were armed and that they did not drive at the officer, as claimed by police.

The law suit includes counts of excessive force by former Officer Salinas, false arrest by both officers, unconstitutional practices by the City of Waukegan in its operation of the Waukegan Police Department, and battery allegations against the officers and the city.

“How many times must we see the use of excessive force by police when it comes to Black citizens. It’s as if every community says the problem doesn’t happen in their town. We have got to wake up, America, and finally make every police department accountable for the actions of their officers,” said Attorney Ben Crump of Ben Crump Law.

“The fact that the officer who fired those shots did not turn on his body camera until after these young people were wounded and bleeding tells us all we need to know. He began to create his false narrative as soon as his camera was recording, but I promise you this law suit will uncover the truth,” said Antonio M. Romanucci, Founding Partner of Romanucci & Blandin, LLC. “We will bring justice for Tafara Williams.” 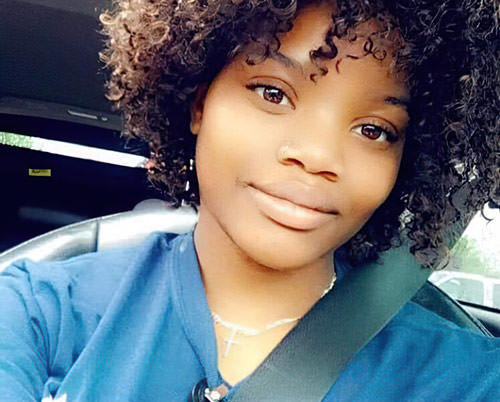 Pintas & Mullins is a national law firm, headquartered in Chicago, which has fought for the rights of the seriously injured for more than 35 years. Its practice areas include representation for the victims of environmental injustice, nursing home abuse of seniors, medical malpractice, dangerous products and drugs, and more. Through its close association with Ben Crump law, Pintas & Mullins is a passionate advocate for those without a voice against powerful interests and bad-acting corporations.  For more information please visit www.pintas.com or call (800) 935-8111.