Romanucci & Blandin, LLC, a national personal injury firm primarily based in Chicago, is pleased to announce that Partner Frank A. Sommario was sworn in as Executive Vice President of the National Italian American Bar Association on June 11, 2021.

The event took place during a joint meeting of the Directors of the National Italian American Bar Association (NIABA) and the Connecticut Italian American Bar Association (CIABA).  It was held at the Litchfield School of Law at the Tapping Reeve House in Litchfield, Connecticut, which is the first law school in the United States. The Ceremony was also shared via Zoom for people around the country to attend, as well as by people in Italy and Canada who could not attend due to Covid restrictions.

Officers and Directors of NIABA and CIABA were sworn in by Hon. William J. Nardini, Judge of the United States Court of Appeals for the Second Circuit.

Frank was sworn in for a two-year term.  He is a Past President of the Justinian Society of Lawyers, which will celebrate its 100th Anniversary on October 21, 2021.  NIABA intends to schedule its next Board of Directors meeting in Chicago that weekend so that it can participate in the Centennial Celebration, as many Justinians belong to NIABA, as well.

His complete bio can be found here. 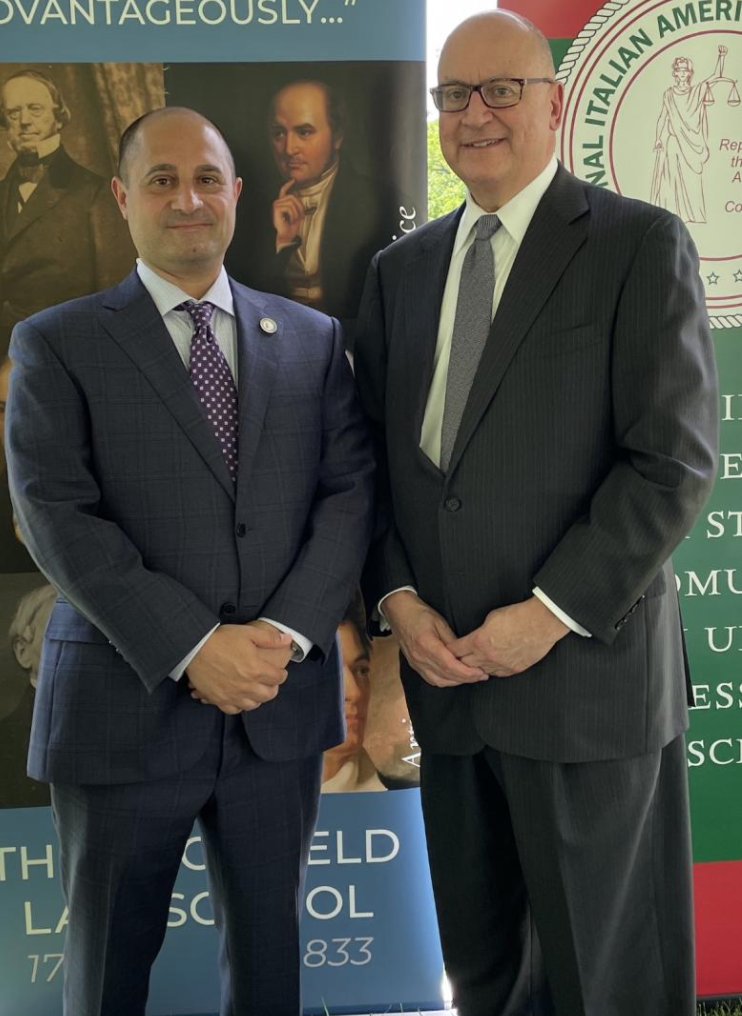